Another year another OSXP, and what fun we had! Panel talks, HeritageIn demos, meeting the fantastic OSS community, showing people what Quick Apps are all about.

There’s so much to mention, where do I start? Hmmm.

The Open Source Experience event in Paris (abbreviated to OSXP) is one of Europe’s largest open source events and covers a multitude of subjects during its 2 days. This year the event focused on governance & ecosystem, sustainable IT, tech & solutions, industrial strategies, and Europe. 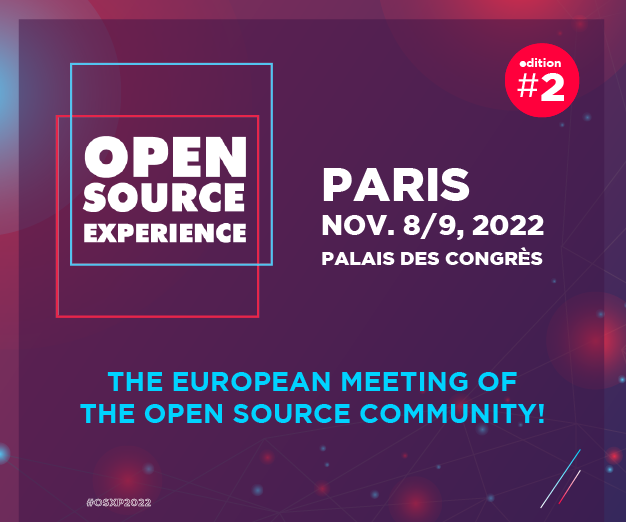 Side note: on the governance side, OW2 and the OSPO Alliance used the event to launch version 1.1 of the really very useful Good Governance Initiative handbook. I recommend anyone interested in using and running open source within their organisation to check out the handbook and even join the very friendly weekly calls.

And we would be amiss not to give a shout out to the amazing team at 656editions, who did a great job sorting out all the logistics, event planning, ticketing and social media posts for the event.

Did someone mention SIDO?

As with last year, OSXP was again co-located with SIDO Paris, an event focused on IOT, connected objects, AI, robotics and XR. As you might well imagine, OSXP and SIDO are something of a cheese and apple experience … both great individually, but together even better :-)

And of course, exhibitors, speakers and visitors from OSXP and SIDO freely mingled in the combined event hall, and attended each other’s talks … something your intrepid QAI team took full advantage of!

For a second year running, Huawei Europe (OSXP Gold Sponsor) kindly hosted QAI on its booth situated slap bang between the OSXP and SIDO sides of the event hall. This allowed us to showcase Quick Apps to a nicely diverse audience. 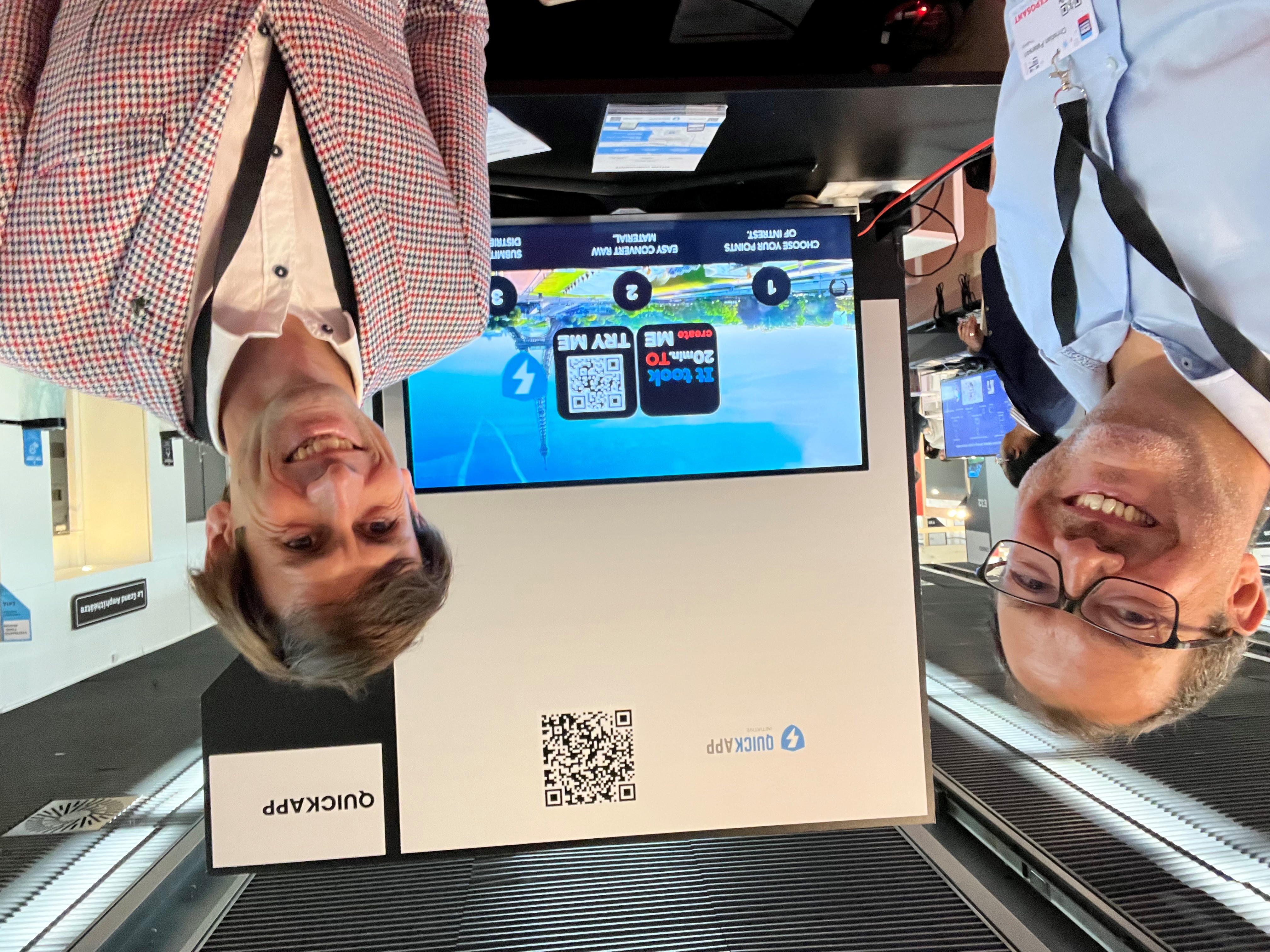 Last year we focused on showcasing how Quick Apps are a perfect fit for on-the-go gaming. This year, we focused on the Heritage In project. Not only because this is a really nice example of what Quick Apps can easily achieve, but also because: 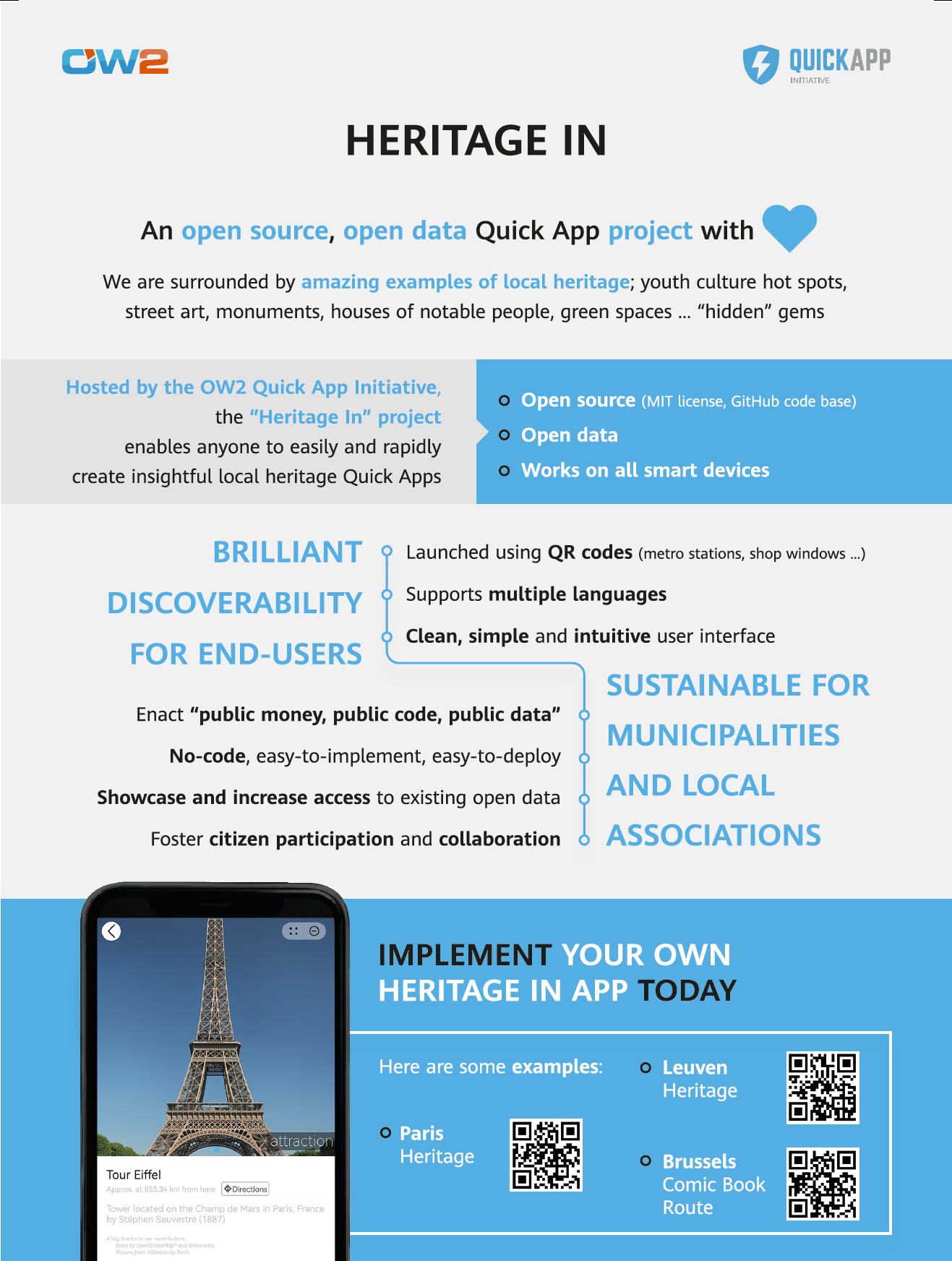 Both Martin and Christian were invited to speaking on discussion panels. In keeping with the flavour of the QAI stand this year, these talks focused on the possibilities Quick Apps offer to increase the connection between citizens and their towns. 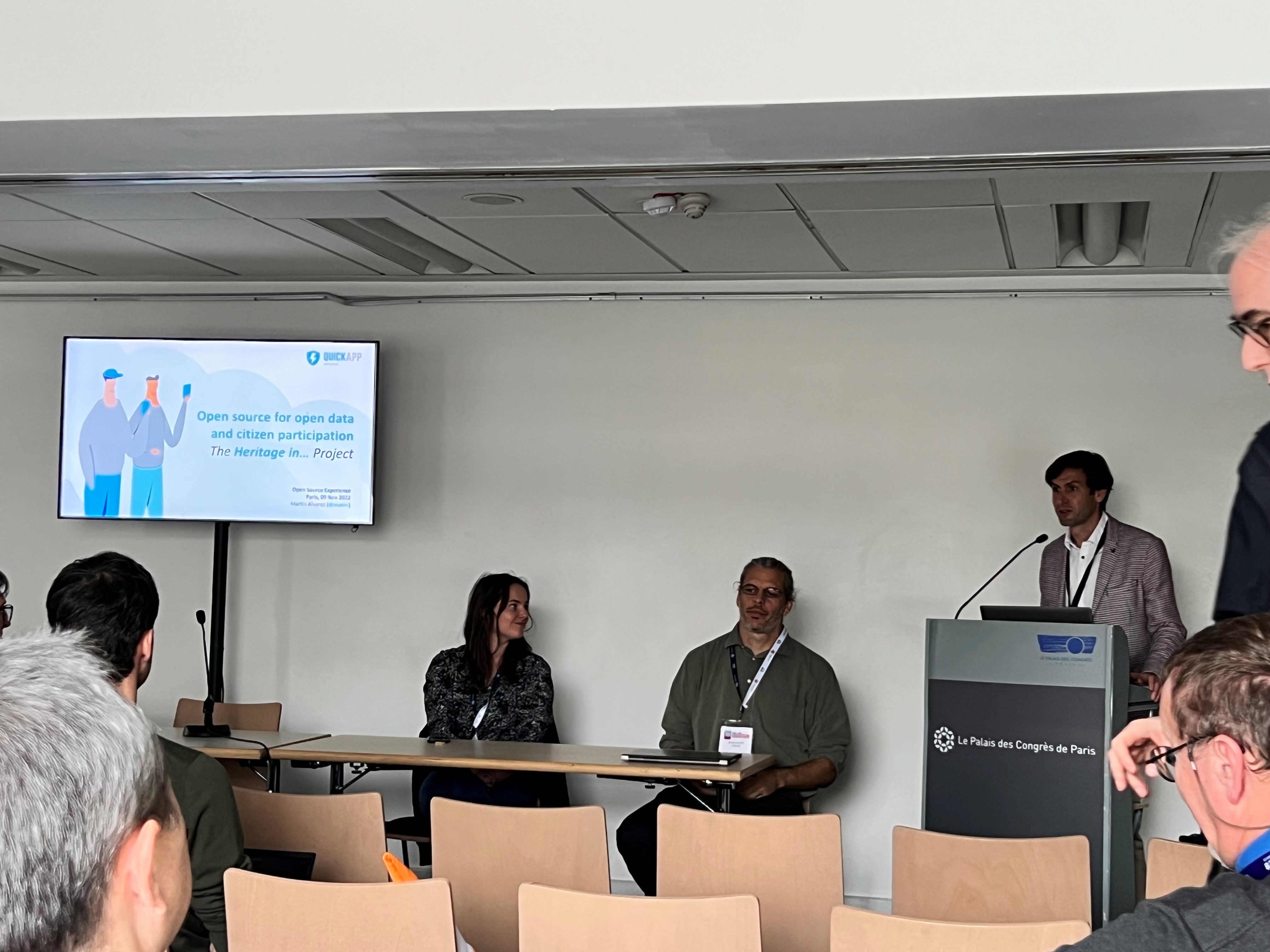 Heritage In and GitHub

Did I mention (once or twice) that the Heritage In project is on GitHub? Well, here it is:

Which means that QAI now has a GitHub space to compliment our OW2 GitLab space. Whoohoo! We’re looking forward to seeing your projects and contributions.

Of course OSXP isn’t OSXP without meeting the community. Shout out to Sylvain from Startin’blox, Florence from Systematic, and the OW2 gang that came and chatted to us. And of course, a big hello to all the new friends we made, and community wizards we met.

See you all next year!